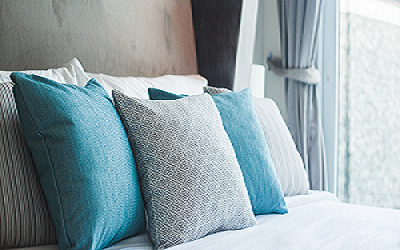 Glendora is a fairly upscale city, with a diverse housing stock and a consistently high-ranking school district. Glendora lies within the San Gabriel Valley, area code 626. There are portions that are in the area code 909, which is the area code for western San Bernardino County and areas in eastern Los Angeles County, like Claremont. The city to Glendora's west is Azusa while San Dimas lies to Glendora's east. Glendora has its own police force, and the town's crime rate is exceptionally low.

Residences in Glendora range from early 20th century bungalows, to modest ranch style homes, to multi-story configurations, to grand mansions. Glendora's most expensive neighborhoods contain many large, secluded, estate homes with sweeping views across the San Gabriel Valley to Downtown Los Angeles. These neighborhoods include Morgan Ranch, Gordon Highlands, Bluebird Hill, Silent Ranch, Oakhart Estates, and Easley Canyon Estates, where homes have been listed and sold upwards of $7 million. The Glendora Country Club is a members-only country club with an 18-hole golf course, where membership is by invitation only.

The real estate listing information is provided by California Regional MLS, Inc. and/or CARETS® for the consumer’s personal, non-commercial use and may not be used for any purpose other than to identify prospective properties consumer may be interested in purchasing or leasing. Any information relating to a property referenced on this web site comes from the Internet Data Exchange (IDX) program of the California Regional MLS, Inc. and/or CARETS®. This web site may reference real estate listing(s) held by a brokerage firm other than the broker and/or agent who owns the web site. Information is deemed reliable but not guaranteed, and consumer is responsible for verifying the accuracy of all information. Copyright © California Regional MLS, Inc. and/or CARETS®. All Rights Reserved.

We're always available to help out, get in touch with us any time, or shoot us an email.

Thank you for contacting us, we'll get back to you shortly.

Sorry, we are unable to send your message at the moment. Please try again later.

Please provide your name and email

Thank you for contacting us, we'll get back to you shortly.

Sorry, we are unable to send your message at the moment. Please try again later.